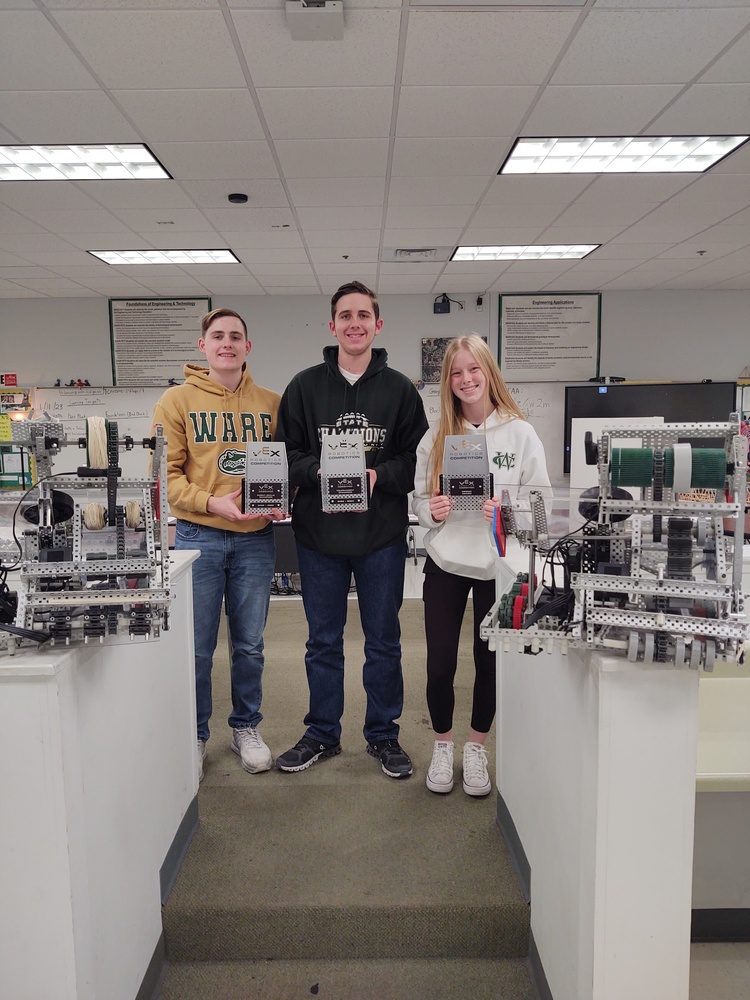 Ware County Teams along with 22 other teams from around Georgia competed at the Indian Nation Vex Robotics Tournament in Ocilla, Ga. After an exciting day of head-to-head matches in the qualifying rounds and skills runs, Ware County teams went into the tournament finals with Team 2105A ranked 4th, and Team 2105B ranked 15th out of 22 teams. For the finals bracket, team 2105A formed an alliance partnership with Team 87201Z from Killian Christian school in Lilburn, Ga. This alliance went undefeated through the finals matches and emerged as the Tournament Champions. Ware team 2105A also scored the highest points in the Skills Runs portion of the competition, where the team's robots are run individually on the field to score as many points as possible in a set time, which netted them the Skills Award trophy. Ware Team 2105B won the Design Award for their judges interview and their exceptional Engineering Design notebook documenting the construction and testing of their robot.

This is the Second Tournament Championship win for Swambotics this season. The first win was at the Technology Student Association (TSA) Fall Leadership Conference in Jekyll Island in November, which qualified them for the Ga Vex State Championship to be held in February at Ola High School. The robotics team is part of the Engineering & Technology Pathway at Ware County High School. Mr. Holland Brown is the pathway teacher and team advisor.

Pictured below: The WCHS Robotics Team members show off the tournament championship award along with alliance members from Killian Hill Christian School. 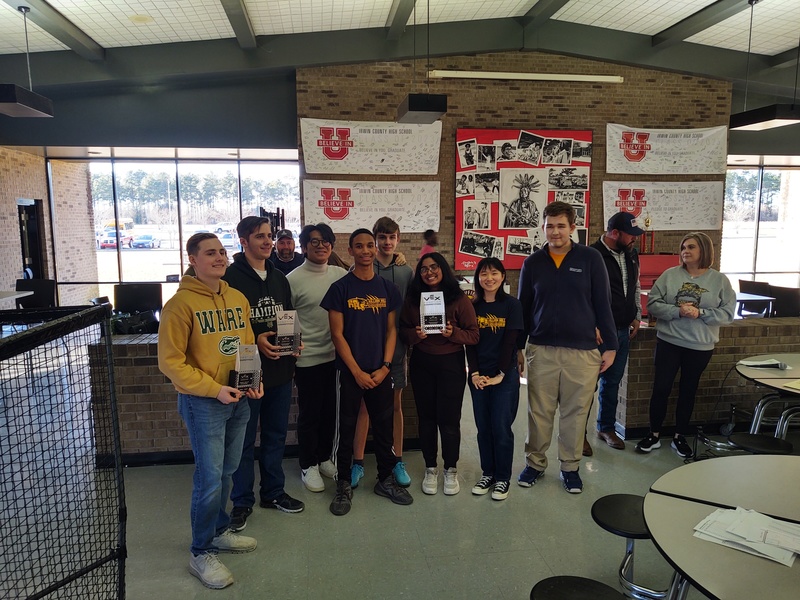