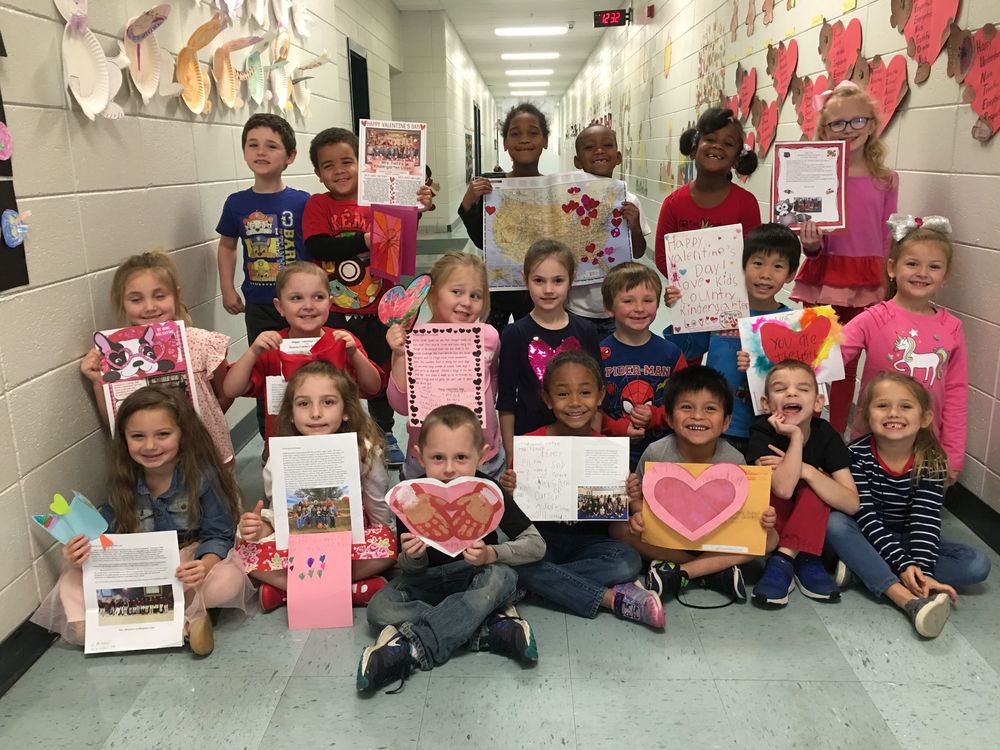 Mrs. Torrie Parker's Kindergarten class recently participated in a Valentine exchange with other Kindergarten classes across the United States and Canada.  The students enjoyed learning about information relating to each of the 21 classes that participated. Some of the details included number of students,  city and state location, favorite school activities and interesting places to visit. Class pictures were exchanged with small valentine craft projects included.

Mrs. Parker's class received valentines from Kindergarten classrooms in Michigan, Ohio, Georgia, Florida, Maryland, Texas, Alabama, Wisconsin, California, Pennsylvania, and Canada.  Several of the schools that wrote to the Waresboro students were located near famous athletic teams such as the Dallas Cowboys, Baltimore Ravens, and Baltimore Orioles. The class even exchanged a Valentine with a school that is near the Super Bowl LII Champs, The Philadelphia Eagles.

One school that participated was located near the Liberty Bell where the Declaration of Independence and Constitution were created.  The class also enjoyed hearing about another kindergarten class that enjoys watching Air Force One fly over their playground several times a week.

Pictured are the Valentines received and a map showing the location of each Valentine letter.