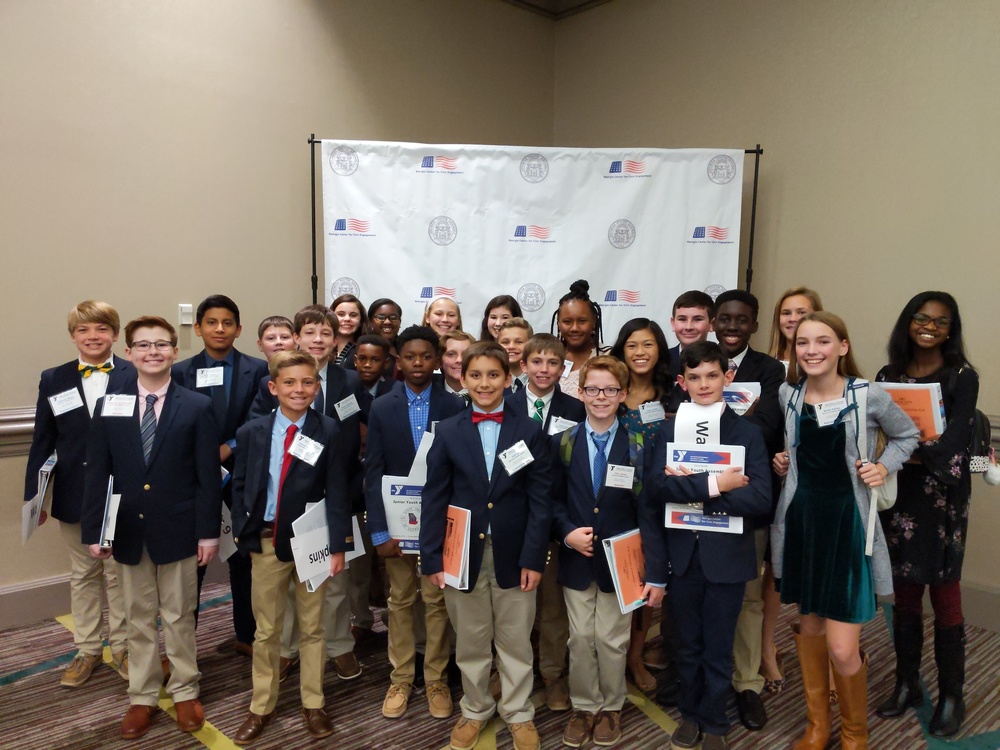 “Madame Speaker: Will the Senator yield to a question?” With bated breath, the 2018 Junior Youth Assembly hears Waycross Middle School student Isabelle L. pose a question to another youth Senator from half-way across the state. In a heated debate to mandate vaccinations across Georgia, students of the Assembly are entitled to have their voices heard, opinions challenged, and entrusted with the burden of settling every mock-bill brought before them.

Every year, students from Waycross Middle School like Isabelle travel to Atlanta to participate in a three-day learning opportunity in which sixth through eighth grade students practice the legislative side of government. Losing only one participant to appendicitis a day before the event, Waycross Middle took 25 students to Atlanta to participate in the Assembly jointly hosted by the Georgia Center for Civic Engagement and the YMCA. After submitting twenty-three bills, thirteen were chosen for the Assembly’s bill book, and nearly all passed through committees to be argued before the vast assembly of students from around the State.

Students submitted bills focusing on issues which would benefit Ware County. Some such bills concerned the trains blocking traffic over major streets, bills to benefit the homeless, fostered children and long-term care facilities for young adults needing mental and emotional care. Daughter of a Ware County Educator, Keeli H. submitted a bill that received zero opposition. Her highly-favored bill was intended to increase teacher pay throughout the state by increasing the tax on tobacco products.

“Our students are concerned with real-world issues that truly affect the people they care about. They research, plan, and debate even before writing their bills,” stated advisor, Genevieve Barker. “In fact, they were going over questions and challenging each other’s assumptions on the bus ride north.”

Many students feel that without discussion and challenging each other, they would be unprepared for the great rooms of the Senate and House of Representatives. It’s clear these students support each other; speaking on behalf of their team members, asking supporting questions to spur debate, and even taking the podium to speak on a bill before voting takes place. In fact, in certain situations, students like Stella K., Lauren H., and Jania R. presented bills written by other team members. “It makes you want to get it passed more than you do your own bill because you don’t want to let your friend down,” says seventh grader, Stella K. “You learn new things about something you never would have thought about. It gives you ideas about what to do next year.”

Already interested in legislation, students received extra preparation for the task of bill writing in a school-wide endeavor to prepare students for writing in the real world. The homeroom class entitled, “Writer’s Workshop” focuses on writing specific types of essays each term. Students studied writing argumentative pieces for the first nine weeks and used that knowledge to strengthen their positions at the state level. The student delegates used this extra skill when drafting the support for their bills, anticipating counter arguments possibly posed by the opposition, and composing persuasive speeches which were given in legislation. Besides the chance to showcase their writing skills, the Junior Youth Assembly (JYA) has given students an opportunity to meet the speaking and listening standards of the school system’s curriculum.

“My fellow advisor and myself were constantly being asked how our students were so prepared and what makes them so confident,” states Barker. “It makes Ware County shine when the hard-work of our school system is being noticed by outsiders. It makes this teacher feel like what we do matters.”

Sixth grader Owen H. wrote a bill that received notice from the Junior Youth Governor, David M. Owen's bill, which was designed to decrease the number of long-term brain injuries caused by concussions, would make all school personnel more knowledgeable about the signs and symptoms of concussions to better protect students with injuries. His bill was signed by the Youth Governor and was signed into Youth Law at the Assembly.

“I’m proud of him! He fought for his bill like a tiger!” stated James W., another Waycross Representative. “He shut the room down!” Owen's bill, receiving 60 Yeas and 28 Nays, was passed in both the Youth House and the Senate.

As a great honor to the school and hometown, students Isabelle L., Amiyah E., Stella K., and Olan J. have been invited to preside over next year’s Junior Youth Assembly, which will be the forty-third held in Georgia. If that weren’t enough prestige, seventh grader Amiyah E., who was asked to chair a House committee, won the award of Best Bill in the House—her second to date. Well-earned by her performance in the Senate as both a committee secretary and politician, Isabelle L. was awarded the acclaim of Outstanding Statesman. This is also the second year in a row that both Best Bill and Outstanding Statesman have been awarded to Waycross Middle School students.

These students have received something special; a hands-on, real “learning by doing” experience and all have expressed the desire to return next year. With amazing youth politicians like these, we can put our worries for the future to rest. The future of our country is in good hands with young citizens like these preparing to take the reins of government. The real question will be what issues will this group focus on for next year’s Youth legislation?

David Hitt is the principal at Waycross Middle.

Amiyah E. and Isabel L. are recognized for thier efforts at the Georgia Junior Youth Assembly. 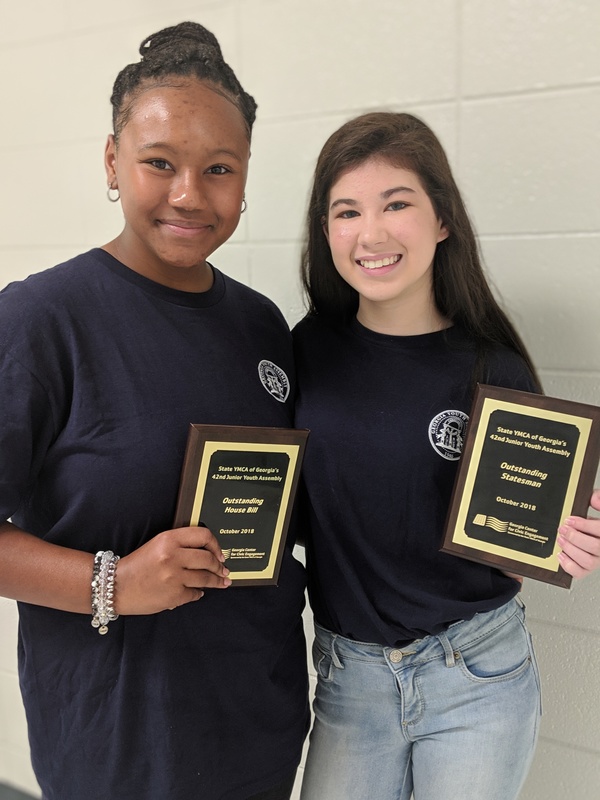 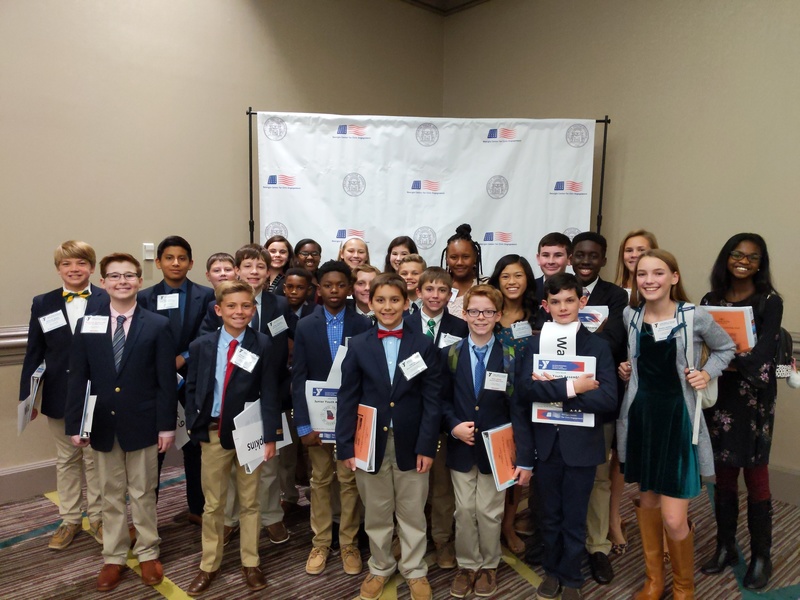