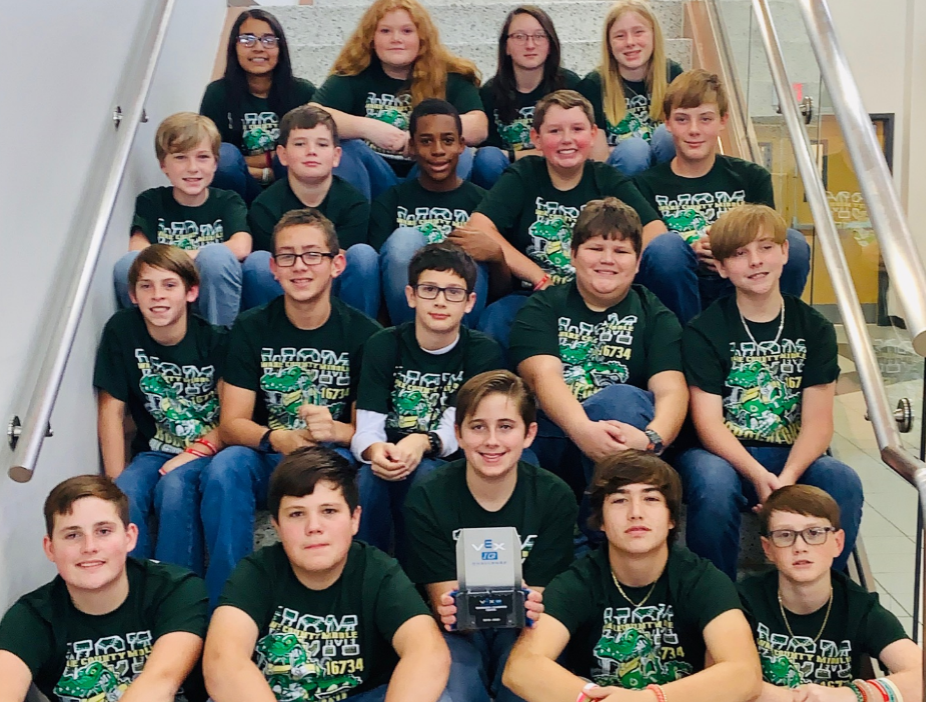 The Ware County Middle School Robogators robotics team has gotten off to an amazing start this season, winning top awards at all three competitions they have attended.  On November 2nd, the team attended the NCSS VEX IQ Middle School November Qualifier in Covington.  Team C won first place in the Teamwork Champion Award, and Team A placed second in that category.

Most recently, the Robogators travelled to McDonough to compete in the Ola Middle School December Qualifier, where team A won the Teamwork Champion Award, and Team C won the Excellence Award.  If you have lost count, that’s eight 1st place awards the Robogators can add to their resume for the 2019-2020 season thus far!

Congratulations to the Robogators team on their excellent showing, and thank you to all the team sponsors who support their success.