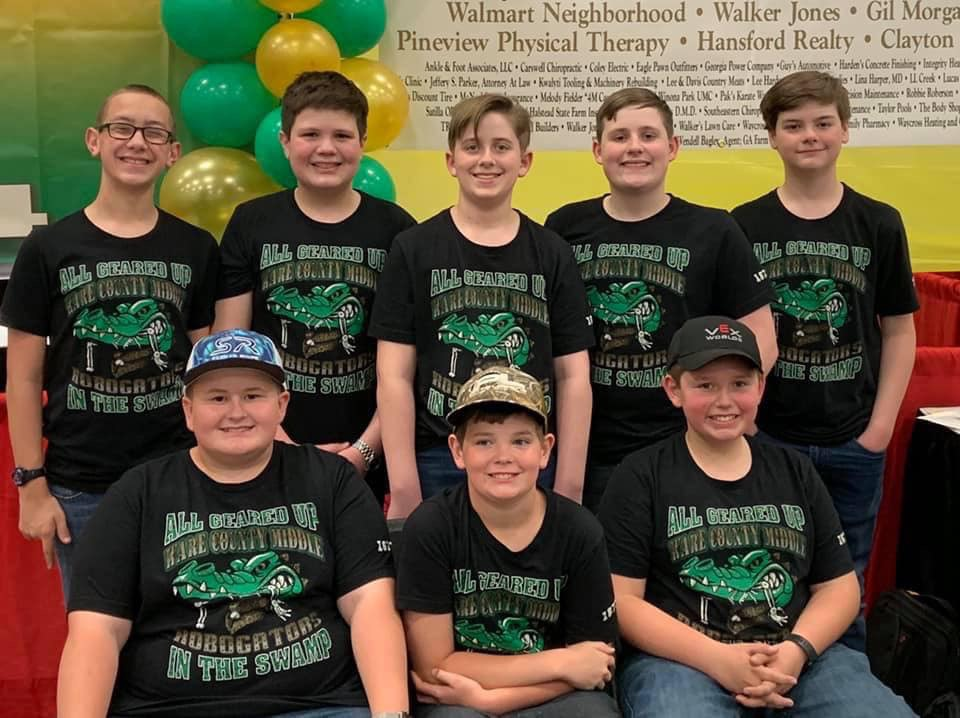 Over Spring Break, eight members of Ware County Middle School’s Robotics (ROBOGATORS) traveled to Council Bluff’s Iowa to compete in the Create U.S. Open Nationals (teams C and Y) . The students competed with teams from all over the United States as well as with other nations. The students were able to work in an alliance with teams from China, Hawaii, Canada, and many others. The robots that were invited to the CREATE U.S. Open Tournament are some of the best robots in the VEX IQ world. Out of 84 teams, Team C came in 4th in the Skills challenge and Team Y came in 6th. Both teams scored their highest skills scores ever at this competition. Team C made it to the finals , which is quite an amazing accomplishment when you're a team from a small town competing with teams that are advanced as many were. In the end, Team C came in 9th place out of 84 teams in the Teamwork challenge where they were in an alliance with a team from Hawaii.  Team C members are Maddox G., Connor C., Kent T., and Brody J.. Team Y members are Cody G., Grayson M., Mason T., and Cason Z.. Coach Melissa Lee and Volunteer Coach George Gruver along with 6 other parent chaperones traveled with the teams and couldn’t have been prouder of the ROBOGATORS. Both teams did an awesome job and demonstrated the teamwork, dedication, and sportsmanship that we are known for here in the swamp! Congratulations guys!